Notes And Ideas From The Last 7 Books I’ve Read

Over the past few months, I’ve re-invigorated the habit of reading regularly. For a while I wasn’t reading because I “already had enough to do.”

I felt like didn’t need to consume any new information unless it was immediately actionable.

While the amount of stuff to accomplish hasn’t diminished, I felt like I was in a less creative period than in the past so I wanted to get in the flow of reading again.

For the past few months I’ve been doing non-fiction for 10 minutes every morning and then fiction or biographies before bed and it’s been great.

Here are the last 7 books I’ve read. Below the titles you’ll find my notes. 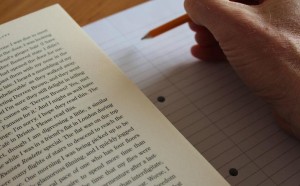 This is a classic and the 2nd time I read this book. I consider it a must read for anyone selling software.

Though I’m not a huge tennis guy, I’d heard this was a compelling read from multiple people. I’m always a fan of reading about people who many considered irreverent which also made this an intriguing choice for me.

Two random things I loved about this book was Andre’s unabashed love for his wife Steffi Graf, especially while courting her and his admitted self-consciousness about his hair-loss. It was a nice reminder that we are all human, that we shouldn’t settle and that the ones with balls win.

Losing My Virginity: How I’ve Survived, Had Fun, and Made a Fortune Doing Business My Way – Branson’s Biography

I find Richard Branson charming and the dude seems to have it all. Naturally, this was an interesting book to check out.

I love Branson’s persistence, curiosity, and commitment to enjoying the journey.

His Needs, Her Needs by Willard F. Jr. Harley

For better or worse, a focal point of conversation with a lot of my closest bros is our dating/romantic lives. My best friend recommended this book over a New Year’s trip. Though the title focuses on marriage, it’s more about understanding yourself and the person you’re with or looking for in the context of a relationship.

The Advantage, Enhanced Edition: Why Organizational Health Trumps Everything Else In Business (J-B Lencioni Series) by Patrick M. Lencioni

My friend Kyle Porter, CEO of Salesloft recommended me this book. I was intrigued because he said it was highly influential to the success and turnaround he had at Salesloft, which is a company I really admire.

This is a great book that I wanted to read again while we were making key product iterations early on in Troops. There is immense value in limiting directional reading to exactly what is in alignment with the stage of your business.

Behind the Cloud: The Untold Story of How Salesforce.com Went from Idea to Billion-Dollar Company-and Revolutionized an Industry by Marc Benioff, Carlye Adler

Benioff is a G. Period. I’ve been wanting to read this book for a long time and picked it up after we decided we were going to orient the business around Salesforce users.

I found this exercise of summarizing in mostly my own words the things I want to remember fun and useful. I like the idea of sharing rich learnings with others as well.

I’m going to try and do a little book report on the reg instead of every 8 books moving forward. The book I’m reading write now is The Greatest Salesman in the World so expect that one at some point soon : )

Which books have you found most intriguing recently and what is your strategy for getting the most out of them?