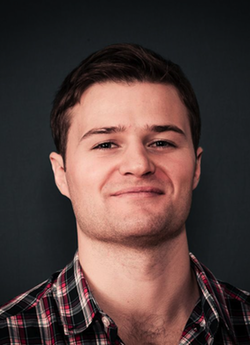 Whether you’ve been reading for awhile or it’s your rookie season, I’m stoked that you’re here.

Before I tell you a bit more about this site, I thought it’d be cool if I asked you a question?

Have you ever thought you wanted something really bad for your life, arrived at that destination, and felt incredibly underwhelmed?

I SURE AS HECK HAVE. If I had a nickel for every time I said “this is it?” I’d be at a coinstar for like 3 days.

The truth is that I think that most people spend their lifetimes chasing things that won’t make them happy.

“this is the hand I’ve been dealt”

…but then there are the others.

There’s the people that have the courage, self-awareness and authenticity to look at their lives and admit that they’re not happy where they are and that they thirst for a change.

The core mission of this blog is to help other people on their journey to create the most compelling future possible.

My vehicle of choice to accomplish this mission is to share the best, most authentic content to help you get there…even if the cost of others growing means sharing my deepest insecurities and failures : 0

Here’s more on my personal journey up to this point:

*It’s kind of long, but I’ve been told it’s interesting so I went deep

I’m fortunate enough to have the best, most supportive family in the world.

Despite being from a small town in Pa, I snuck into the best University in the country because I scored a few touchdowns in high school.

During college, I thought making a boatload of dough on Wall Street would be a fufilling life because that’s what “people at Princeton did.”

Slick back haircut here I come!

Then something awesome happened…despite having better grades than many of my peers and being the Captain of the football team I DID NOT GET ONE INTERVIEW WITH A BIG WALL STREET FIRM for one of those elusive junior year internships.

Where’s the meritocracy yo!?

Why couldn’t you be a banker with connections Dad instead of an attorney in my small Pennsylvania town!?

The stiff arm from Wall Street was a catalyst for an awesome paradigm shift that I’ve starting calling the Utopia Mindset.

The rejection from Wall Street was a blessing because for the first time I had to actually pause and think about what I wanted for my life?

So I asked myself what would be the coolest job ever?

21 year old football, frat bro Scott thought the coolest thing ever would be becoming the General Manager of an NFL team. Real life fantasy football. That would be my Utopia…

So I ran directly for it by sending out 50 handwritten letters to bigwigs in NFL front offices. I ended up getting a training camp towel picker upper internship with the New York Jets…

I went to their facility and reality set in that watching 16 hours of football film alone everyday seemed sucky.

So I decided to run to what I thought would be the  next next sweetest job ever..become a real life Jerry Maguire!

I spent half my bank account to attend a conference in D.C., “coincidentally” ran into the marketing director from SFX baseball, and turned on the sales grin. This led to my first job with SFX Baseball in Chicago. At the time, they were the 2nd best agency to Scott Boras Co.

Four months into my first job, I read the 4 Hour Work Week. NOT AGAIN!

I decided being entrepreneur was way cooler than pandering to poor decision makers who hit homers….

I read this article in the NYT that some guy I had a class with Freshman year just raised just raised 1 million bucks from Peter Thiel to start a college only social network. That sounded cool. So I cold emailed him and convinced him 3 days later on a phone call during my lunch break to give me a shot.

I left my sweet Chicago apartment to get paid lunch/train receipts, move back in with Mom and Dad 2 hours from NYC, and sleep on couches during the week. AHH SUCCESS! 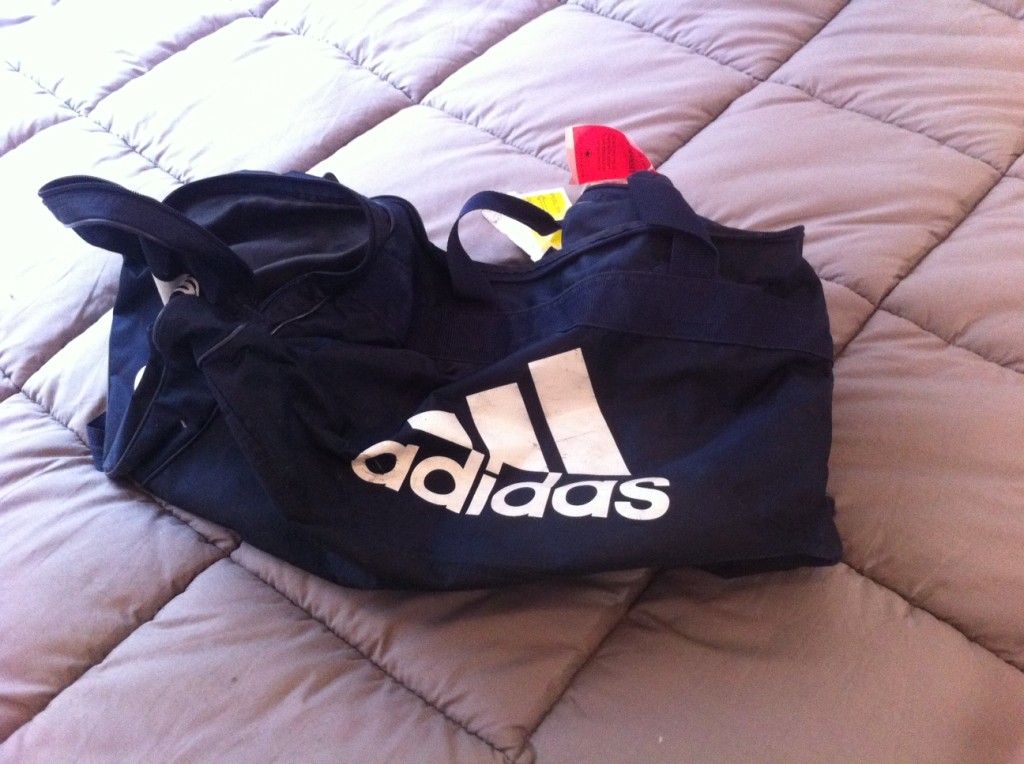 The gym bag I’d pack my clothes in for the week. Who loves Gym showers! This guy.

7 months into this experience, I foolishly looked around at our fledgeling company and said:

“If this guy can start a company, I sure as heck can!”

In retrospect, I did not understand the difference between starting a company and building a real business.

Anywho, I attempted to start my first company Sfter with the support of some awesome guys….it was a social content play. News..from your friends…about things you care about!!!

Despite very positive feedback from the few hundred people using it, I was in a bad place. I had no idea what the heck I was doing. I found myself toiling with things like front end-development instead of things I was good at and enjoyed. And I realized that we did not have the team or expertise to have a worthwhile end game.

Oh and I was depressed as [curse word] because I felt completely lost and had no balance in my life.

Running your own company is definitely part of my Utopia. But within a context where my motivations run deeper than a monetary opportunity and I have some semblance of an idea on how to execute the mission.

*I’m going to land this plane soon, I promise.

So I decided to hang up my bull head on the wall for a bit get some mentorship in a business function that matched my proclivity for interacting with people!

Through joining Charlie O’Donnell’s softball team, I was fortunate enough to land with some of best sales/business development guys in New York with Wiley Cerilli and Kenny Herman at SinglePlatform.

I learned a ton, had a blast, and we sold the company for 100 million bucks! I love you Kenny and Wiley (and everyone else there). You guys changed the trajectory of my life. 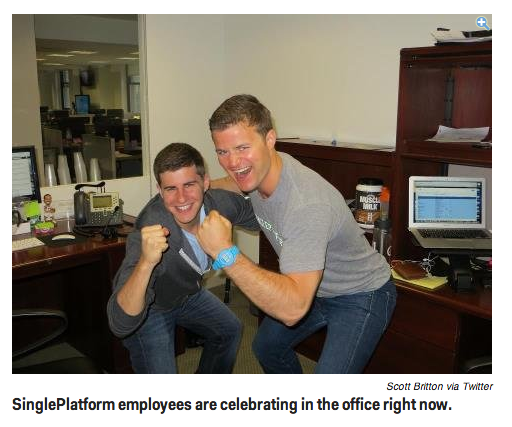 The thing was, even after achieving all the things I thought I wanted (success, prestige, $$) I felt like I did all the other times I made a switch…this is it?

So I did what I always did…redefined my perceived Utopia and ran to it.

In September of 2013, I left the New York tech scene to live in Rio De Janeiro with some the coolest people I know to work on parts of my life that deserved attention and go full time on my business that helps people become more effective in work and life by providing the best training material available on a variety of topics.

Living a holistic life in a tropical paradise with close friends while I grow my business is what Utopia looks like at the moment.

This may change, but the only way I’ll ever get closer is through the understanding achieved by aggressively hunting it.

This greater sense of self-awareness and understanding is the real treasure of all these experiences.

That’s where I am today.

What’s your Utopia? You should probably be running there!

If you want access to some free goodies, I created this insider’s Kit with a bunch of my best stuff. 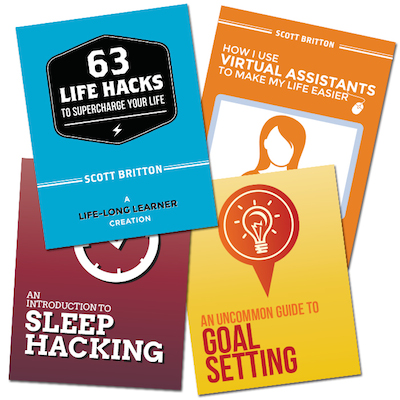