This is a story about being a testosterone guinea pig and a business I decided not to start. 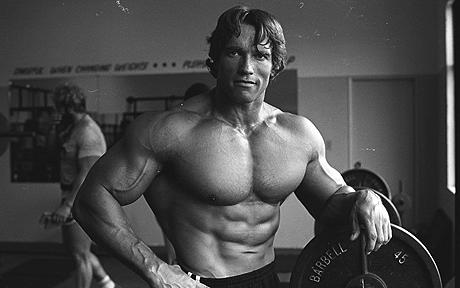 Just over a year ago, I decided to move to Brazil with some of my buddies from NYC.

A few months prior to our departure, my future roommate Ben tried a new diet regimen called intermittent fasting which increased his testosterone by 30%.

I knew testosterone was an important hormone for dudes,  but wasn’t really sure why increased levels were desirable.

After he told me this, I did some more research….

A lot of people hear the word Testosterone and just think of aggressive males, bar fighting with veins popping out of their foreheads. In reality, it’s a pillar for both men and women’s optimal health.

A meaningful number of studies indicate that high testosterone in males is correlated with:

What person doesn’t want these things?

I followed up with Ben to see if he felt any difference or the 30% increase was simply a spike in a nominal measurement unit.

This is paraphrased, but basically his response was something like this:

“Dude. I have to limit the number of times I’m lifting every week because I’m putting on muscle mass way too easily and I want to stay lean. I’m also attracted to way more girls…which is awesome for me.”

Before I left, I decided to get a baseline blood test to see where I stood.

When I got the results back I was shocked.

This is narrowly within the “normal range” for adult males: 270-1,070 ng/dL. You can read more on normal T ranges here.

But narrowly within the normal range at 25? Come on.

To be totally candid I thought I’d be on the higher side. It’s not all that hard for me to put on muscle and I wasn’t experiencing any of the common low-T symptons like decreased sex drive, depression, or lack of self-esteem. I felt quite the opposite in many cases to be honest.

Realizing that I might be operating below my physical potential across a spectrum of things that were important to me, I launched into a quest to naturally increase my testosterone as soon as I arrived in Brazil.

If I could get my T up, all the things I was already doing like working out would be enhanced. Addressing the source by changing my hormones would be a residual investment which are my favorite kind.

I adopted the intermittent fasting diet made popular by Lean Gains, EatStopEat, and subsequently Engineering The Alpha.

Basically the premise is that you do a short fast on regular basis.

This helps you restrict calories and influences the expression of key pituitary and satiety hormones related to testosterone health.

I chose the lean gains protocol which recommended only eating within an 8 hour window each day.

Tactically, all my eating and caloric liquid consumption between 2pm and 10pm. Basically it meant skipping breakfast and late night eating.

This version of intermittent fasting was the diet that Ben did which resulted in a 30% increase in his testosterone and the aforementioned physical and mental benefits.

There’s a bunch of factors that contribute to your testosterone level that I now know about, but at the time the main variables I focused on where:

For 3 months, I did intermittent fasting using a pretty paleo diet. I ate a ton of steak and avocados to get plenty of saturated fat which is supposed to be good for T.

When I came back to the U.S. for Christmas, I got another blood test. I couldn’t wait to see the difference…

Yet again, I was stunned.

I left the hustle and bustle of NYC, limited drinking to 5 glasses of wine over the course of 3 months, and followed the intermittent fasting protocol all but maybe 2 days…

After an extended multi day pity party that involved lots of christmas cookies and cervezas, I decided to take a different approach when I returned to Brazil.

This time I chose to focus on ingesting the proper balance of micronutrients and trace minerals instead of my eating window.

I looked into all the nutrients and minerals related to testosterone and started each day by making sure I was getting them.

It was literally the first thing I did in my daily morning routine.

I’d wake up and throw down:

My core diet, sleep, and exercise remained the same. So as far as I can tell all other primary variables remained controlled outside of cognitive and emotional states.

In just a few short weeks, I noticed a positive difference in how I was feeling. I kept going and eventually got in the best shape of my life and felt more energy than before.

Here’s a pic late March about 3 months into new nutrient supplementation plan. Unfortunately I don’t have one after the Christmas party, but I definitely put on lean mass. 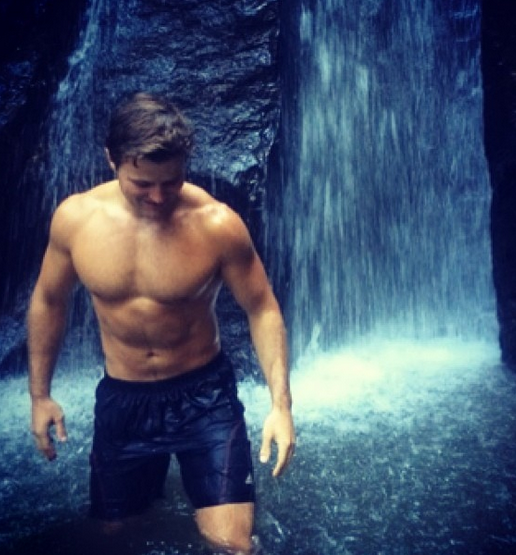 In the back of my mind, I hoped my gains could be attributed to an increase in testosterone…

When I got back to the states, I decided to find out for sure by getting my blood taken, again.

Woohoo. This was more double my levels before I left for Brazil and well within the normal range for adult males.

Reflecting on the outcomes, I feel pretty confident my T was less than ideal due to nutrient deficiencies. A simple WellnessFX or InsideTracker might have surfaced this, but I didn’t know much about those services or epigenetics at that time.

You can read all about the causes of low-T here and here.

The Business That Never Was

Since I’ve moved back to the U.S. and stopped traveling (basically the past 3 weeks), I’ve been testing a variety of business ideas to potentially pursue building a company around.

A testosterone optimization solution was at the front of the list not only because I personally dealt with it, but also because I think it’d be incredibly fun to build a brand around human optimization.

**Generally, I find that we all want to give to the world either what we need or what we needed at one point in our journeys….let that one stir for a second ; )

I figured there had to be other guys out there just like me who wanted to naturally increase their testosterone and probably didn’t want to take 8 different vitamins each morning like I was.

I mean our pantry looks like a damn pharmacy.

People probably don’t want a sketch pill either when it could come in food form….

I threw up a landing page using my buddy’s software QuickMVP for a Brazil Nut Butter and drove some paid traffic to it. I called it Gorilla Butter : )

The results came back and they looked good…people I didn’t know were clicking to buy!

Unanimously they all wanted to buy it and were willing to pay me for it on the spot. My one friend’s uncle even heard about it and he wanted in!

Sickkkkk. This might just have legs and is something I actually care about.

I did some pre-lim market research to see what was available for T optimization. I thought an all natural food-like solution like this was way better than anything out there.

I then listed the ingredients I’d need, did some quick unit economics, and it looked like the margins would work.

So I went to it and made a few batches of “Gorilla Butter.” Here’s a pic of my first two batches…yum!

It basically was a combination of Brazil nuts, coconut oil, and liquid vitamins and minerals related to testosterone. The mixture was proportionally calibrated so that each ingredient amount was slightly above what the average male required on a daily basis.

It tasted yummy and a hearty spoonful in the morning to satisfy my nutrient intake in the T department sure beat the pill fest.

At first I was stoked. I had V1 of a product I cared about that people were willing to pay for.

Then I started to think more though about the ethical implications of this type of product.

Would this work for everyone?

Could I really claim that this was contributory to testosterone or was I an anomaly?

Before I decided to double down on this I took some time to dig into the science. I spent two days reading clinical studies on everything about testosterone, nutrient supplementation, and the profiles of all my ingredients.

Here’s what I learned that changed the way I felt:

At the end of the day, people are required to  use their own discretion with everything and I could totally create a serving size that would fall within safety guidelines.

But if something I created made it easier for someone to potentially harm themselves that’d be terrible.

Not to mention, there are so many variables related to rectifying and optimizing this hormone that many people might not get the results a product like this touts even if they took it….

Although I could probably create and brand Gorilla Butter in a way that was both honest and safe, I decided to shelve this idea despite a flurry of excitement and validation.

I wanted to write about this because:

One of the biggest lessons I’ve learned is the difference in self-esteem you experience when you’re genuinely proud of a product you’re trying to sell vs. one you know has some potential holes in it.

Even if there’s a high financial upside and you’re raking in the dough, a small part of your self-esteem decays when you’re pushing something you’re not 100% proud of. You might not feel it immediately when things are going well, but eventually these feelings will sink in…and eat away at you.

At least that’s the case for me.

And if you don’t have high self-esteem than all the money in the world isn’t worth it.

In fact, I’d argue the whole reason we do anything is to feel good whether we’re talking about making a lot of money to feel significant, giving back to satiate our desire to contribute, or hanging with friends to feel love and connection.

What usually determines what we decide to pursue comes back to the notion that we think the process or result will produce high quality emotions.

With this in mind, PURSUING ANYTHING that will cannibalize your self-esteem -> daily emotional state is playing to lose the end-game.

Sometimes we’re in such a rush to feel progress in whatever our pursuits are that we skip the thoughtfulness required to ensure that we’ll be content with the end result once we achieve it.

We end up getting trapped in the pursuit of hollow success because we didn’t plan properly or avoided the tough questions we should’ve have been asking ourselves before turning on the jets.

I’m all about running fast, but speed can kill, especially if you’re running on the wrong road.

If you have any questions about T or Gorilla butter, hit me up in the comments : )

*BTW I can’t claim you will double your testosterone by following this nutritional stack for the record! It just helped rectify mine.

**I get my bloodwork done using WalkInLab and going to a local LabCorp. For a Testosterone Total Serum test it costs $39 and you get results next day.